Are you 40 plus, financially stable, busy with career, and ready to find a submissive girlfriend who will treat you like a King? Join us to meet attractive young women who are genuinely into older men.

Are you young, ambitious, and looking to date someone who can mentor you, help you with career, and upgrade your lifestyle? Join us to meet mature men who are ready to pamper and spoil their girlfriend. 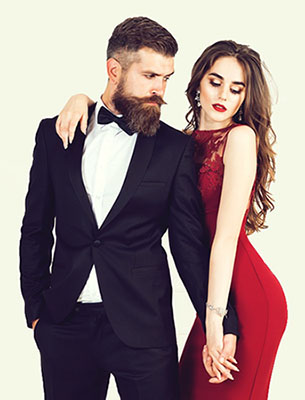 AgelessMatch.com is the leading age gap dating site for older men dating younger women. It is free to join and connect with over 6 million active members.

True love can be ageless. Younger women seeking older men, it is a worldwide phenomenon that is gaining popularity and acceptance at an alarming rate. Vise versa, men have paired up with younger women - often much younger women - for all of human history.

It is a known fact that women are attracted to older men. Women, in general, will date men that are older than themselves. So if a woman is twenty, she'll date a man in his thirties. If she's thirty, she'll probably date a man in his forties and so on. Most women will admit that they want a strong man who can stand his own ground and be confident.

Generally speaking, many women appreciate the maturity of an older man. It's no secret that the qualities that women are looking for in their future husbands are the same qualities that older men display. Most women assume that older men are well trained at being a gentleman, are more civilized and more capable of providing for and supporting whoever they are with. They also feel older men have probably been married or at least have gone through a lot of different relationships, have learned how to treat a woman and how to give her what she wants and/or needs.

Ultimately, older men younger women dating can be wonderful as long as both of you know what you are looking for and where you want to go with it before you get too involved.

AgelessMatch has matching technology that allows our members to stipulate the age of singles they wish to meet. This boils down to being easily able to access lists of younger women and older men who live in close proximity to your area.

Totally FREE to Place a Profile! Get connected now!